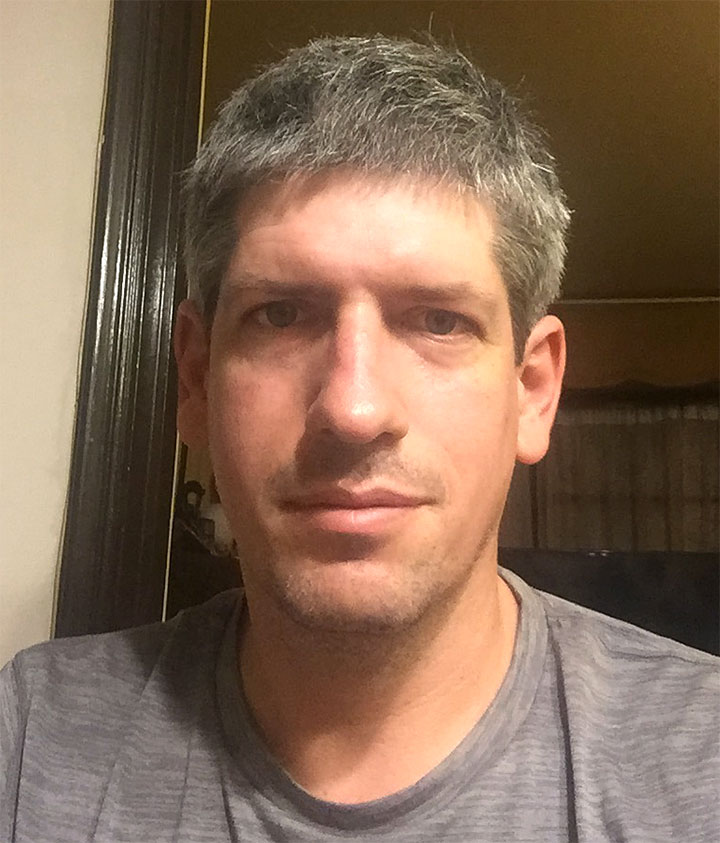 Luis Pablo is a veterinarian from Chile originally. He and his family traveled a bit so he lived in Dallas, Texas for a while (although he was too young to remember it), Pfaffenhofen an der Ilm, Bayern, Germany for a year, and Punta Arenas in the southernmost tip of Chilean Patagonia. In between he lived in Santiago most of the time. As a kid, he dreamed of growing up to be some of the same dream jobs many kids have: being an astronaut, pilot, firefighter. He did eventually follow one of those dreams and became a volunteer firefighter in 2001, something he still does when he gets the chance. Veterinary medicine? He hadn’t really thought of it until when he had to commit to his studies. My grandfather suggested being a vet, maybe because he has an Uncle who is a veterinarian, and he said, “Good idea, why not?” His dad advised him that it wasn't that important to choose the "right" career; in the end there is a place for creativity and professional growth within each profession. And he was right.

Luis Pablos’s formal education was done at the Vet. School at Universidad de Chile in Santiago, where he received the DVM in 2004. He also did his firefighter training there as well. He had some very basic exposure to epidemiology while doing the DVM with a thesis in traceability and cattle movement in Chile. He also had an interest in herd health and large animal medicine.

He always knew there was more to learn around the world. When he met Dr. Dave Hird in 2003 at the ISVEE conference in Viña del Mar, Chile., he was encouraged to apply for the MPVM. He had heard about it because his Dean and Thesis Director at Universidad de Chile, Dr. Santiago Urcelay, was an MPVM alumnus. After many months of paper work and applications, he was accepted in the 2005-2006 cohort. He had funding for only one year, so he decided to do it all at once, focusing first on the courses and then on MPVM research project. Everything went well and he graduated one week before leaving the US for Germany.

For the last 4 years, he has worked in Herd Health and Cattle Medicine at Universidad de Chile, with a strong focus on the population - epidemiological approach to livestock. The training as an epidemiologist fits perfectly well into the herd health and population medicine job, and is key to his success. In particular, he tries to understand agricultural systems as complex environments with multiple variables and interactions, all very epidemiological.  He is happy to have acquired clinical skills, but feels that it is of the greatest importance to approach these complex environments with the right mindset to make the most of the experience and to be able to create effective interventions.

Recently, he moved to the Caribbean and is teaching veterinary physiology at RUSVM. in 2020 he plans to move into Epidemiology and Public Health at Ross. He will work both at the undergrad and MSc. level, with focus in teaching Epidemiological principles, Public Health, Zoonosis and Food safety. He thinks it will be fun!

We asked Dr. Herve Claude how best to train for a career such as his. He reports that he believes that the MPVM gives you a solid basis for further professional or academic development. In his case, he still uses the skills learned  at the MPVM on his research, teaching and professional life in general and feels that the MPVM really gives you a great set of tools!

But life isn’t just work. Luis Pablo also loves to read science fiction and non fiction, especially about pilots, airplanes, and flying. Firefighting of course is something he loves to do. Now he’s moving into snorkeling with his family... there so much cool stuff to be discovered under the sea, so spotting eagle rays or sea turtles, with his family is just so much fun for him!