Dr. Michael Kock is a wildlife veterinarian and UC Davis MPVM alumnus who has been at the forefront of wildlife conservation and management in Africa over several decades. Crucially, he has expanded on skills and experiences he acquired during MPVM and related training into the cutting edge of One Health.

Born in South Africa but largely raised in Zimbabwe (Rhodesia), his family moved to the UK before the bush war started in Rhodesia. Growing up in Africa shaped his interest in wildlife and conservation. Mike received his veterinary degree from the Royal Veterinary College, University of London. He then did an Internship at the RVC Beaumont Sainsbury Animal Hospital before moving to the USA for a Residency in Surgery, School of Veterinary Medicine, University of Pennsylvania. This was followed by a Residency in Zoo and Wildlife Medicine at UC Davis. During his residency training under Professor Murray Fowler, his worked closely with California’s Department of Fish and Game (now Wildlife) (CDFG) on a number of species, including Bighorn Sheep. Other field projects involved work with Bison in South Dakota and Wild Horses in the Nevada’s Granite Mountain range. These field projects helped determine the path he wanted for his career, free-ranging wildlife in big wild landscapes. His next steps were a couple of years work in the Middle East after which he returned to Davis while his wife was doing a residency program, and he enrolled in the MPVM. One of his MPVM mentors was Professor Calvin Schwabe, whom many of us consider to be the father of One Health. Mike’s MPVM project was on the capture of Bighorn Sheep from which he completed 3 scientific publications in the Journal of Wildlife Diseases. This work informed, guided, and gave practical recommendations on wildlife health related to management interventions such as capture and the importance of applied research in the field to better inform future practices. 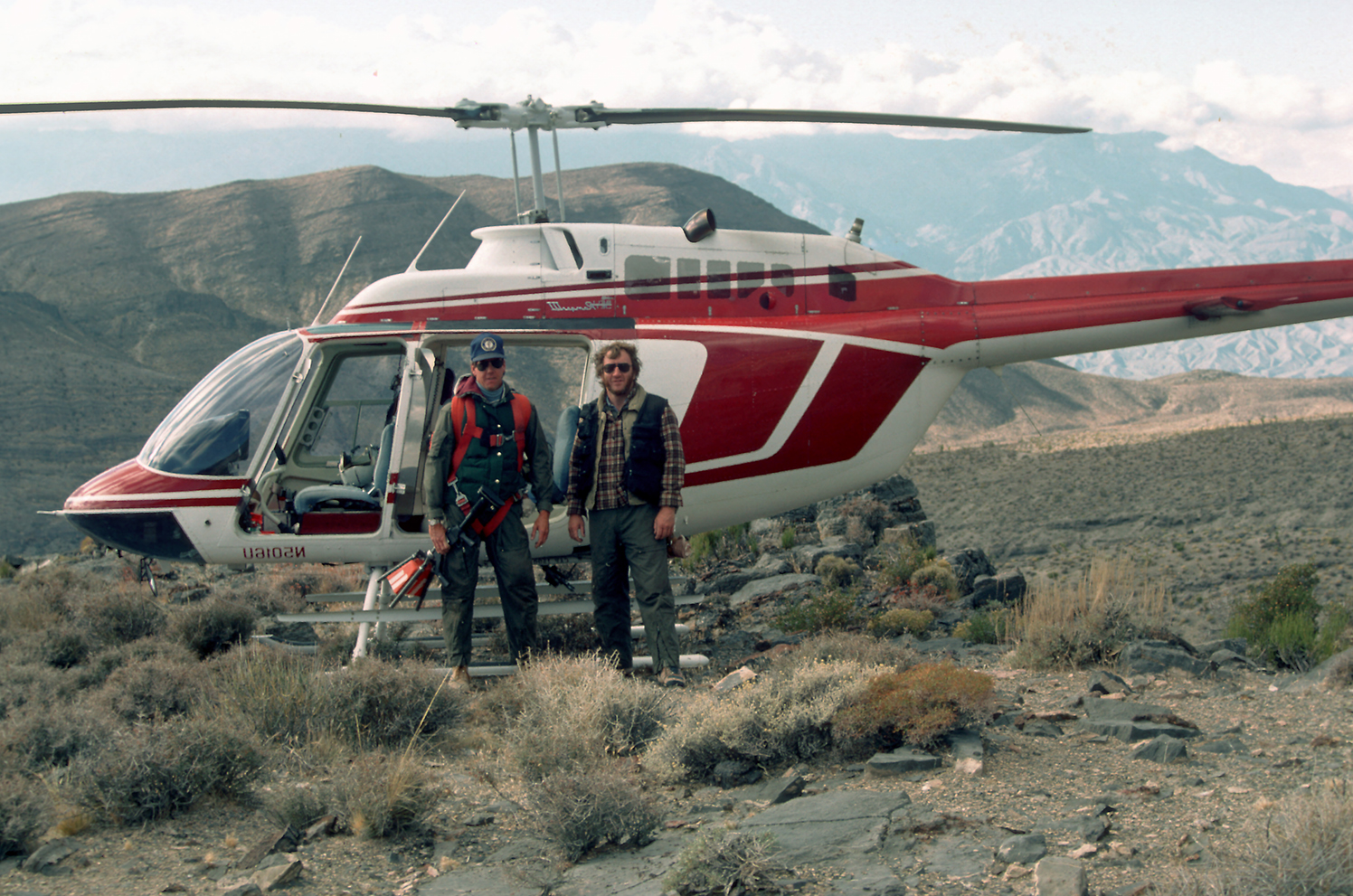 With training under his belt, Mike returned to Zimbabwe where he taught epidemiology for a year at the Faculty of Veterinary Science, University of Zimbabwe before he joined the Department of National Parks and Wildlife Management (DNPWLM). He was heavily involved in work with white and black rhinoceros conservation programs, during a time of heavy rhino poaching, the Rhino Wars. His ability to do the work depended critically on experience he had obtained in hands-on wildlife field work and research design during his MPVM and residency training in the USA. Work on Rhino management included capture and translocation, stress reduction and treatment, and dehorning to deter poachers. This rhino field work and research was mirrored, in part, by previous work on bighorn sheep. He also enjoyed work with myriad other species, notably elephant and honey badger. Mike has been involved in training programs globally in safe wild animal capture. He is senior editor of the book Chemical and Physical Restrain of Wild Animals (CPRWA, ISBN 978-062052162-8), which draws primarily from African experiences but is used all over the world to help improve wildlife capture and management. The book origins were the capture training course held in Zimbabwe in February each year and Mike is the publisher and senior editor 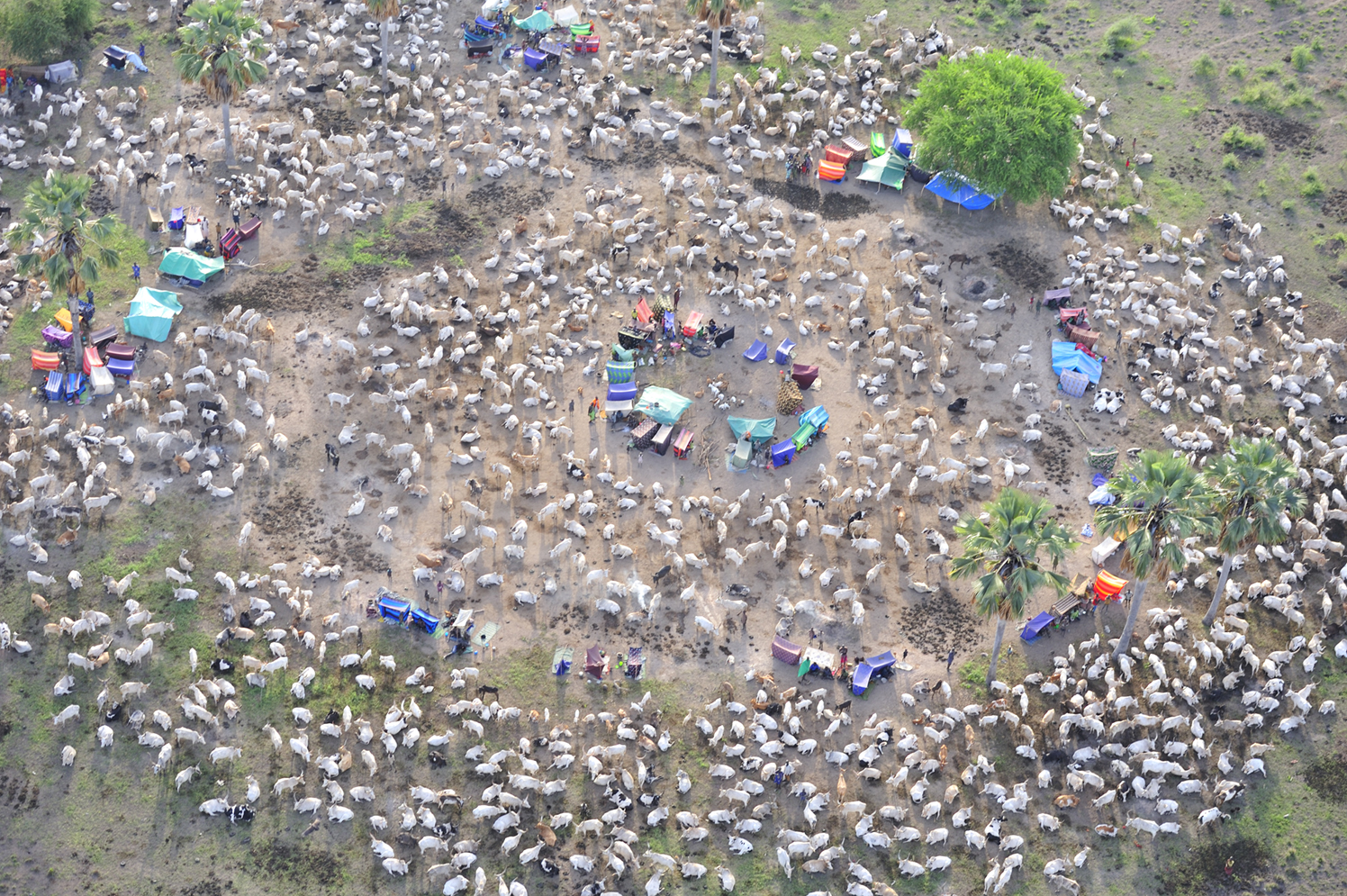 Mike expanded his work into 14 African countries when he joined the Wildlife Conservation Society (2003-2012). This program, originally the Field Veterinary Program, developed into the Global Health Program, reflecting a “One World, One Health” approach. Highlights during these years, included work with forest elephants and mandrill monkeys in Gabon, savanna elephant in Mozambique, and working in  South Sudan on migrations of the White eared kob, one of the largest wild antelope migrations in the world.

The One Health concept, ingrained into Mike during his MPVM through Professor Schwabe and his book “Veterinary Medicine and Human Health” (ISBN 0-683-07594-2), gives a focus to everything he now does. Examples in his work are numerous, such as a One Health study in Limpopo National Park (LNP (2007, 2010 and 2013) on communities living within the LNP. Cattle live in  the park alongside wildlife, there is a high rate of HIV positivity among the local, migratory (driven by work) people who often consume raw milk. Buffalo in nearby Kruger National Park are chronically infected with Bovine tuberculosis and have moved in to LNP, contact between cattle and buffalo has increased especially at water points, increasing chances of transmission. Finding solutions must involve a One Health approach and must address the needs of the people, livestock, and wildlife.

Reflecting on his education, Mike emphasizes that, in his opinion, it is important to have hands-on veterinary experience after the DVM and before going back to school for post-graduate training. Particular individuals had very strong impacts on his motivation and his choice of focus, notably Murray Fowler and Calvin Schwabe, Dave Jessup at CDFG; to some degree he feels an obligation to carry on their legacy. One thread was through Schwabe’s book, where he had written about South Sudan, the Dinka and traditional medicine healers termed “Atet”. Mike ultimately ended up working in this amazing but so beleaguered country. He felt that the MPVM was particularly powerful because of its flexibility with options from herd health, agriculture, free-ranging wildlife, and others. It certainly helped shape his career, helped him see the bigger picture, and gave him the analytical skills he needed for his future career.

Mike is passionate about conservation and working as a wildlife veterinarian. He currently works as a consultant based in South Africa, and just finished his second book “Through My Eyes: Journey of a Wildlife Veterinarian” (ISBN 978-0-620-82883-3), where he shares, through incredibly vivid photography, his love for Africa and the story of his 39 year wildlife career. Some of the places described in the book are simply no longer as they were, changed by people and conflict, with climate change a new driver. Mike emphasizes that conservation needs to consider people and their needs, dreams and aspirations, without this success is not guaranteed. Inequality and poverty robs people of choice and are key drivers in illegal activities such as poaching. Population growth exacerbates this situation and places pressure on wild landscapes. As veterinarians, if we are to be successful in addressing complex conservation problems, we need to adopt a One Health approach but it won’t be effective until we can find ways to encourage behavioral changes and understand what people’s needs are, socially, economically, health and freedom from disease, etc. So often research workers swoop in once and never return to the communities that they worked with to “report back”, whereas to Mike, building real relationships and following through are crucial in building understanding and trust. There are various programs working in Africa, and Mike is transitioning from his earlier affiliations to work as a consultant, his career is coming to an end, others are just starting. Therefore, he sees his role now as training future wildlife veterinarians and conservationists, mentoring and building capacity in Africa. He sees his role to include training programs such as  through the 10-day Zimbabwe course in  “Chemical and Physical Restraint of Wild Animals”, his books and his outreach.

For more info on the new book and a brief bio, visit https://through-my-eyes.co.za/dr-michael-kock/.